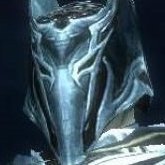 I just want to point out that whenever there are no CV's in a game, a chorus of celebrations occurs in chat from both teams.