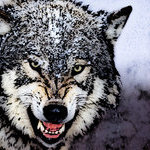 What are the chances of bringing back "Stealth Firing"?