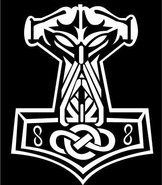 "You're playing to win" - Overload. Rant.