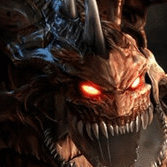 Balanced matchmaking without splitting the userbase

By iAxX, January 16, 2019 in Player Feature and Gameplay Suggestions