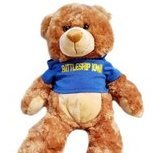 Idea for next years Halloween event.