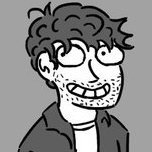 Do any of you have a "Cursed" Ship?