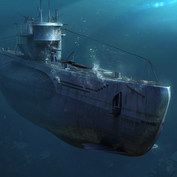 Which nations would get Subs first?