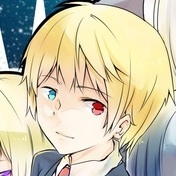 What 1000 Games in HMS Minotaur Have Taught Me – An In-Depth Guide for the Beautiful Meme Ship (ft. Veteran Commentaries, Character Design, and more)