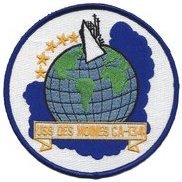 IFHE will be mandatory for the Light cruisers ?