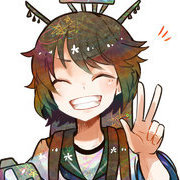 A random what if. A battleship in the Asiatic Fleet

(INPORTANT CHANGE SEE BELOW)  Good day aleatory reader, I hope you are doing well and today I have a rather long question to ask regarding a alternative history project I am planning. For a while I have been thinking about making a story about a US battleship that in a effort to deter the Japanese after they attack China in 1931 is assigned to the Asiatic Fleet  and becomes a symbol of the US military in the region, kind of similar to the Tirpitz that became the 'Lone king of the north' but of course whit a lot more glamour and personality (It the thirties in a exotic location after all) ; and then after the war begins and she becomes the only allied capital ship in the pacific is chased down during the east indies campaign and then gets sunk at the second battle of the Java sea or the battle of Sunda strait. One of my questions is regarding the battleships, I want a unique battleship that in real live saw little service, my candidates are the Oklahoma and the Arkansas (I am discarding the Arizona since she is such a symbol of the attack of Pearl Harbor that I prefer to leave her alone) so whish one you would choose? I am divided because they booth not only have the characteristics I am searching for and they also have the profile of a ship of the Asiatic fleet (Old, kind of outdated, yet still capable fighting machines and to be more specific I see tha Arkansas as a ship that would be assigned to the station never to return to the States while the Oklahoma would kind of work like the Houston did in real live, been asigned there, then returning to the main fleet and then been asigned there again ).   In case you are wondering about the historical details I am taking into account here they are.  Since the US at that point didn't have fast battleships or battlecruisers (The type of ships that normally were deployed in far off stations) That's why I am choosing between two standard type battleships, and while not totally realistic it is also not totally unrealistic to say that they could deploy one battleship as a show of force and to support the most forward force the US had on the region in the false belive that would scare the Japanese (Like the British did whit force Z).

As for the chase part I should explain myself better. I am not talking about a Bismarck style pursuit but more something like this:

1: The battleship gets out of the Philippines just before the war begins and reaches the save port at around mid  December (Something that the Asiatic fleet actually did) So any Japanese force or attempt to sink her at that point fail. (I imagine they would launch heavy air raids on Manila and would probably send a force consisting of the two Ise class battleships and some cruisers since their best battleships at this point would still be supporting the attack on pearl harbor or hunting the British Z force and their other two battleships (The ones of the Fuso class) were inferior to the Ise's for what I could found)

2: After the start of the war the battleship gets assigned to the ABDA forces as they attempt to defend the Dutch east indies, the US would want her back since she is their only battleship still in operation but the other allies pressure them to keep her on the front since it is their most powerful unit and thus their only trump card (Even if this argument is not 100% convincing whit how scared and confused everyone was at that point is not crazy to say that the argument would have keep going until it was to late), but because her speed is so low during January and part of February she mostly just escorts convoys or remains in port (That until the fall of Bali in mid February were more or less save).
3 : She finally is used in battle at the battle of the Java Sea were she fazes of against the IJN battleships (In the real battle there were two kongo class battleships that tried to catch up whit the convoy but were to far away to do anything, but in alternative version since the Japanese would know that there was a battleship somewhere in the vicinity they actually put those battleships as part of the main escorts of the convoy). After the main battle she retreats at some point between nightfall and the final confrontation between the allied and Japanese cruisers at midnight.

4: And finally she is sunk when she tried to escape, depending on what port she ends at she gets sunk alongside the Exeter at the second battle of the Java Sea or whit the Houston and the Perth at the Sunda Staid. (I would have to think well how the relatively light forces at the second battle of the Java sea would deal whit a battleship but at the Sunda Staid she could get sunk by the insane amount of torpedoes launched) And that are my thought on this idea, any suggestions/corrections?   The USS Oklahoma as she looked on February 1941.    The USS Arkansas as she looked on 1941.  EDIT: So after many opinions, complains and corrections have been posted I am making the following changes to the story.  *Since everyone has pointed out that there was no way the US would sent just one battleship to the Phillipines I am instead creating a "Asian battleship division" that is going to be made up of two battleships.  *I am pushing back the creation of this division from 1931 all the way back to 1902 when the Asiatic Fleet was created, making it part of the general 'never changing' state of the fleet (In a few words, I am making having a battleship division as the spine part of the fleet essence along side having outdated ships and at least one modern cruiser) I hope this makes more sence than my original idea. * Considering all of that has been said below  I am considering the following to create this Asian battleship division.  A: Play losse whit the naval treaties and bring back into service one or bouth ships of the Florida and Wyoming classes that were retire from front line service in 1930 (I am talking about the Florida, the Utha and the Wyoming that were scaped or demilitarized after the London naval conference ) So the division would be compoused by either the Florida and Utha or the Arkansas and Wyoming. B:This one is the one I dislike the most but just to put it out there. Play even more vaguely whit the naval treaties and put into service one or two Lexintong class battlecruisers since at the it was the battlecruiser job to serve in far off stations like the Phillipines and everyone is telling my that under no sircunstanses a battleship would by ditashed from the main fleet (And the only reason I am considering standar type battleship is because the US didn't have a battlecruiser in service at this point)  C: Make the division up whit the Oklahoma and the Arkansas as its conponents.  D: Make the division up whit the corresponding pair. (Arkansas/Wyoming or Oklahoma/Nevada)  *Since someone sujested it and makes sence I am also going to add 2 or 4 more destroyer into the Asiatic fleet, BUT they would still be four stakers and would be mainly used to escort the battleships.  *To be a little more specific about the deployment whit the rest of  ABDAFLOAT I imagine they would be deployed in a supporting role. So for example during the battle of the Makassar strait they could be deployed as bottleneck that would block the pat of any force that mannaged to pass the cruiser force that tryed to intercep them (Of course in this battle they would have been forced back by japanse bombers) Then since most of the actions between Makassar and the Java Sea were fast raids or small actions the battleships would be used for convoy escort between Java and Australia. And finally in the main battle of the Java sea the only logical way they could have been deployed is a separate force (Of course protected by at least some destroyers), that had the mission of ttracting the enemy fire while the main force under Doorman tried to sneak by and attack the convoy.  And that is that. While I perfectly understand all the arguments against the very idea of sending any capital ship to Asia and that instead I should add more cruisers or destroyers to the fleet to change the outcome making that sadly goes agains the main objective of my project, and that is to give a different and intresting story to 2 members of a ship type that (In my opinion) Didn't got the chance to play the role they were supposed to play in the war, and that would be to fight enemy ships in long range gun duels. So no metter what I am putting battleships on the Asiatic Fleet and in ABDAFLOAT. The same way I am making my possition clear I would also like to clarify that I do however apressite and see the logic behind the arguments presented by many over the last days, as far as I can tell they are correct and if my intentions were other I would definetly use them if I was making a detailed and extremely detailed story about how ABDA could have turn the campaing around and come out victorious, but sadly at the moment that isn't what I am doing,  maybe in the future when I get my hands on more information about the campaing and the ships involbed but for now I am keeping things simple, grounded in reallity yes, but not a complete study that doesn't takes some liberties and what can be presented.