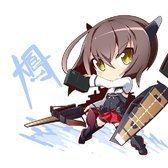 I want to put mm is rigged threads to rest.

89 comments in this topic