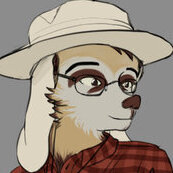 A short correspondence with Codeweavers about the Macwrapper

Hello What I am posting here is a correspondence between myself, and a developer at Codeweavers, the third party source of the Macwrapper that allows the use of World of Warships on iMacs. It is not particularly long, however I find the answer I have gotten quite enlightening. For months, as my game experience on my iMac got steadily poorer, I would stop by the forms looking for answers and fixes. I contacted a few mods with questions, I even filed support tickets as a means of contacting the devs at Wargaming. From that, most of what I got consisted of answers along the lines of "It is out of our control since we have a third party developer." So, having gotten to the point where I couldn't play because of multiple crashes per battle, I decided to contact this third party source in search of a straight answer. Below is a copy of that conversation.    Here is the email I sent out: Hello I am Kevin Norris, college student, aspiring historian, goat farmer, andfairly casual gamer on an iMac. One of the games I run on said imac is the Wargaming product World of Warships, which requires a "Macwrapper"developed by Codeweavers to run on an iMac. Recently however, it hasbecome increasingly unstable, and has reached the point recently wherethe game has become unplayable due to the frequency of crashes andcritical errors. This problem is widespread among the iMac community whoplay this game, and seems to get more severe with each successiveupdate. Checking game related forums has granted some explanation of theforum, the details of which I do not fully understand, but which Isuspect may be already known to you Codeweavers. However, I will attemptto reiterate them here regardless, the crashes and bugs appear to stemfrom an inability for the game client to clear a graphics cache, (myapologies if what I said was a load of gibberish) which results in acrash or critical error after so much gameplay.I write this in the hopes of getting a straight answers with regards toa solution in the works. At present, the developers at Wargaming areunable or unwilling to provide any information on the matter, and appearto be ignoring the forums dedicated to imac support altogether. As such,I feel that I have exhausted all other options beyond contactingCodeweavers directly about the problems with Word of Warships andassociated programs, as i have been unable to play for at least twomonths now.Please be prompt with a response, and please provide some indicationthat a solution is in the worksKevin Norris   And here is the reply I got in return: Hello Kevin,Thank you for writing in and for your eloquence. If you will allow me to transparent, there is an issue of a memory leak  which is cause of the crashing and unstableness you are experiencing. This we know is an ongoing problem as it is part of the 32bit client. We would like to resolve this issue by providing a 64bit client, but unfortunately Wargaming does not want to port to 64bit at this time. We are left with short term fixes like un-installing WoWs and doing a clean install or rebooting the machine. We do have a fix, but there is a hurdle that prevents us from implementing it.I hope this answers your question.Regards,CodeWeavers Support.---------------------------------------------------------------------- What I find interesting in all this is that this appears to implicate Wargaming as the party at fault for the poor service to iMac users. This might well explain the infrequent attention on the forums, as well as the extreme evasiveness of the developers when contacted directly. Take what you will from this, my conclusion is that this implicates Wargaming as the guilty party in all of this, but I have the unedited emails so that you may reach your own conclusions. I am extremely curious however if there will be any official response from Wargaming. Personally, I do not se myself getting in much time on World of Warships until more permanent fixes appear, it is simply unplayable with my current setup.    Hopefully this shed some new light on the problem, and can give some answers to others like me who have been in the dark for so long.   Kevin Norris