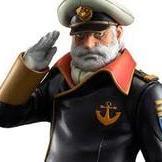 Free Holiday Commander Respec! Where You've Put The Points and Why?