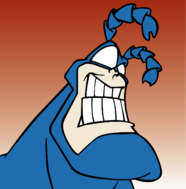 For a ship, how old is old?