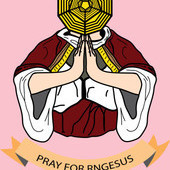 Yamamoto tracers not working properly on (my) Mogami

By _Switch, October 21, 2017 in World of Warships Feedback and Bugs