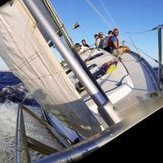 Advancing up the tiers?