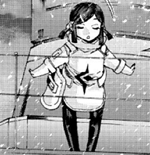 What are the actual Detonation rates of Players?