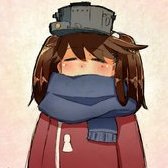 What you get for the Hood Bundle.

By RivertheRoyal, May 18, 2017 in General Game Discussion