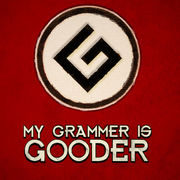 No CV revamp in sight, my own ideas on a complete overhaul.

By GoldPile, May 1, 2017 in General Game Discussion