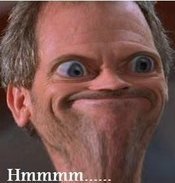 Divisions in WoWS: Facts and Fiction

By DOCTOR_CITADEL, May 1, 2017 in General Game Discussion