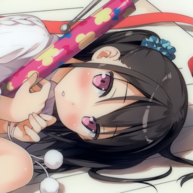 Should you get a Prem Ship's worth in doubloons if you acquire it through a campaign? (provided that you bought the ship prior to completing the campaign)