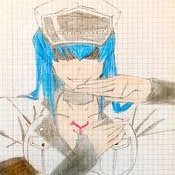 Overmatching and why it's so important

By SireneRacker, January 15, 2017 in Game Support and Bug Reporting