The organisation of the British fleet into coloured squadrons was abandoned in 1864, although the Royal Navy kept the White Ensign. When the professional head of the Royal Navy was given the title of First Naval Lord in 1828 (renamed First Sea Lord in 1904), the rank of admiral of the fleet became an honorary promotion for retiring First Naval Lords allowing more than one admiral of the fleet to exist at one time. It was broadly customary for the senior Admiral on the active list to be made an Admiral of the Fleet (after 1870 Admirals were obliged to retire at 65) whether or not he had served as First Naval Lord. However, there was no Admiral of the Fleet between 1854 and 1857 (the senior Admiral, Thomas Le Marchant Gosselin had never actually served since he was a Captain in 1809) and on the death of Provo Wallis in 1892 the promotion went to John Edmund Commerell rather than the senior Algernon Frederick Rous de Horsey. In 1914 the criteria were revised and in 1940 the Admirals of the Fleet were exempted from compulsory retirement.

Since 1811 five members of the British Royal family, other than the monarch, and four members of foreign royal families have been appointed admirals of the fleet. Of the British royalty granted the rank, only one, the Prince of Wales (later King Edward VII) had not seen service in the Royal Navy.

During the two World Wars a number of serving officers held active commissions as admirals of the fleet, as well as the First Sea Lord. Following the creation of the Chief of the Defence Staff in 1959, the five naval officers appointed to that position became admirals of the fleet. Recognizing the reduced post–Cold War size of the British Armed Forces, no further appointments were made to the rank after 1995 when Sir Benjamin Bathurst was appointed admiral of the fleet on his retirement as First Sea Lord. The rank was not abolished and in 2012 the Prince of Wales became an honorary admiral of the fleet (as well as field marshal and marshal of the Royal Air Force), in recognition of his support to Queen Elizabeth II in her role of as Commander-in-Chief of the British Armed Forces. In 2014, Lord Boyce, a former First Sea Lord and Chief of the Defence Staff, was also appointed an honorary admiral of the fleet 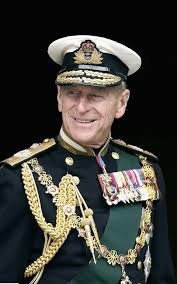