So far my favorite ships are the Nagato, Amagi, and Minekaze. The pepsi-cola is and honorable mention. Currently grinding the Japanese cruisers and German Cruiser lines.

I have been thoroughly enjoying the "Hangout by the Sea" roleplay thread.


Outside of Video gaming I enjoy a lot of different shows and animes. Game of Thrones is currently among my favorites alongside BSG and my absolute favorite show of all time is

As for Anime shows, my favorites are Cowboy Bebop, Trigun, Log Horizon, Fate/zero and SAO. (Gotcha there for a moment. I thoroughly dislike SAO.

Current Status:  Is in love with Kako and is her boyfriend. Is saddened by the death of his adopted little brother. Currently is confused/hurt by a ton of recent events.

Eye Color: Hazel but has gold mixed in.

Hair Style: Short military cropped hair. Parted sharply on the right hand side in the style of Kerry Grant. 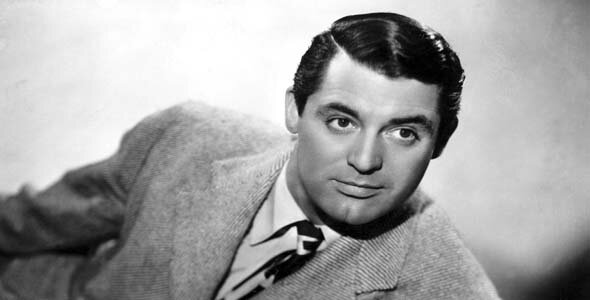 Standard Clothing: Generally wears a flight suit around the base as is often going to sortie or just coming back from a sortie. When off duty tends to wear relaxed  civie cloths. Usually an undershirt with some geeky icon or saying written on it ie: A decepticon symbol. The over shirt is usually a checkered button down that is almost always unbuttoned and the sleeves are rolled up. Likes to wear Cargo shorts because SO MANY POCKETS! Always has a knife or blade of some sort on his person in addition to concealed pistol.

History: Was a promising USAF pilot until getting transferred to Shield. From there fought Hydra and other organizations all over the world. Often stopped by Nyagato's beach as a R&R area. Received basic ground combat training while working for shield. Also has some cybernetic enhancements. After a disastrous assault on a major Hydra base, escaped to Nyagato's base and waits there for call from shield or other organizations. Has some serious misgivings about the military now and is almost anile re-tentative about getting intelligence information before doing any action as a result. During one sortie blew up an experimental weapons facility. The resulting explosion ripped open a warp rift and my plane and I was sucked in. Ended up in the 40k universe but eventually managed to somehow get back. Has a few tattoos on chest and back that seem very at odds with each other and will sometimes be shiny, glow, or sometimes make very odd noises. We know that they weren't there before he went thru the Warp.  Currently Kako's boyfriend. Also owns an adorable little Corgi named Drei.

Personality:  Very friendly and personable. Enjoys being a cheeky bastard but will stop before going to hard. Just enjoys pulling people's leg.  That ends though if people start to get too competitive in a relaxed environment. Then becomes cold and logical. When angry gets what can best be described "Icy." Gets extremely focused and logical.  Makes friends quite easily and enjoys listening more than talking. Falls in a weird category between introvert and extrovert. Needs a good balance of going out and spending time with people as well as some alone time. Extremely protective of friends and will help out if able to.

- Beretta m9 pistol with custom grip. Has some interesting markings along the barrel. Went thru the warp.

-an immaculate Imperial Powersword. Styled like by the Salamanders space marine chapter.

- Modified A10 warthog. Has ability to hover and an advanced cruise control. possibly. The A10 went thru the warp and may be possessed by a warp spirit. A cold fusion reactor is located in the fuselage so can fly for extremely long periods of time with out refuel. Two the racks under the wings are replaced with Multi-melta guns.

-Owns a stolen, modified, Virginia class submarine. It has been upgraded to have Klein field defenses and an advanced AI called  Talia. The mental model copied a character drawing of one of Pilot's DnD characters as a Badass female assassin.

Specs on the Submarine.

Name: The Spear of Nikos

Mental Model: Talia Silmoran. Capable of teleportation as well as being possessed by one of the warp spirits I can summon. Is extremely quick and durable fighting, specializes in close quarters combat. Primarily used for ship defense as well as boarding actions. Also has an advanced electronics suite for digital warfare. Capable of jamming and shutting down enemy systems wirelessly. Is hardened against EMP attacks, but not immune due to weight and speed constraints.

6 x 553 MM torpedo tubes  instead of the Normal four on the bow of the ship. Also has two rear firing 553mm torpedo tubes. All the Torpedoes can have various warheads including Vortex charges, EMP charges, and Two Torpedoes are shield breaker torpedoes. They are capable of bypassing Klien Fields, force fields, and all known forms of energy and warp protection. Extremely hard and time consuming to create. They do less Damage than other torpedoes due to less explosive charge in the torpedo from the amount of room the bypass mechanism.

6x Tomahawk missle launchers which can be mounted with various warheads which include VORTEX weapons, 2x Deathstrike Missile launchers replace the other 6 Tomahawk missile tubes. In order to fire Deathstrike Nuclear weapons the sub has to get to within 10 Meters of the surface.

1x  Type 51c Heavy Lance Weapon. Is mounted inside the nose of the submarine. Can only be used on the surface of Water or within 10 meters of the surface. Requires Nose armor to drop down to reveal the weapon and it will then extend out. This is a 40k Starship grade weapon. Using it requires most of the energy of the sub. If within 10 km of the target can be detected while powering up to fire.

Has Klein field generators and protection, only used if detected.

Also has Emergency Void Shielding. This is for emergencies and require a lot of power to use. Torpedoes and any object moving less than 100 km/h will bypass the shielding. Due to power constraints can only sustain two shots with the Lance cannon while void shielding is activated before Fusion reactor starts taking damage from energy overload.

Has prototype stealth systems, hull design, and engines. Due to this if moving at less than 20 knots is undetectable even to Fog, Kancolle, or other known factions.

Is capable of running almost fully autonomously due to nano-repair bots that can fix the hull and manage the ship. Require Captain for command decisions.

Can dive over 2000 Meters into the ocean.

- Klien Field can also be modified to provide invisibility in most spectrum of radiation. Will only work if Sub is on surface and moving at slower than 5 knots.

Nose of ship is heavily reinforced and if on top of water can have a Power Field extended generated on the nose of the sub allowing it to Ram enemy ships and take little damage while slicing thru them like a knife. The rest of the hull is a unique combination of alloys that heavily reduces sound transference to the water and is fractalized like a F-117 to defeat Active and passive Sonar.

-Extremely strong hull allows it to dive to depths of 2000m

Engine: S10B Fusion reactor. A modified design of a Dauntless Light Cruiser's engine made for this submarine. If needed, the power can be rerouted into emergency void shielding in case of Klein field failure.

Uses a Modified Pump-jet System instead of a standard propeller to reduce Cavitation noise.

Maximum Speed on top of water: 70 knots. If going slower than 15 knots is undetectable at night.

Maximum speed Underwater using Emergency measures: 200 knots using the modified klein field to pull the sub thru the water. Doing this will reveal the sub to scanners.

In Short, it is knife in the dark. Extremely hard to detect and relies mostly on stealth. Unlike most subs will not just go squish if detected. But like all subs if it's shielding is depleted it has almost no armor except the prow for ramming and thus will go pop quite easily. Fortunately for it, if it is damaged it can survive on the ocean floor much deeper than almost anything else and can repair itself of most damage.

- Lamborghini Aventator Coupe 2016 (Given to me by Kako for Christmas)

-most things mint flavored especially if mixed with chocolate.

-churches or other places of worship

- has slight ability of pre-cognition, although it is only limited to himself and only pertains to danger.

- due to the warp shenanigans, can by way of the tatoos on his body summon and channel warp sprits both good and evil. They can be unleashed and fight by themselves, put into objects, or possess pilot himself. At most he can summon 4 spirits at the same time. Can only every be possessed by at maximum 2 spirits. Doing so means he cannot summon other spirits and places tremendous strain on both his mind and body. Different spirits grant different abilities. Summoning stronger spirits carries greater and greater risk of warp corruption as well as at worst losing his life and soul to a spirit. But the reward is that he gains strength, speed, durability, and intelligence far beyond normal humans while possessed.

- instantly knows the weight of any object he touches. By using that info he can usually guess what the object is made of.