Lead ship of the Essex-class of fleet carriers, the largest class of capital ships and backbone of US Navy combat strength during WWII.

​Home to Air Group 15, the "Fabled Fifteen," the most decorated American air unit during WWII, with the most fighter aces.

The record of Carrier Air Group 15 in World War II is astonishing by any measure: it scored 312 enemy aircraft destroyed, 33 probably destroyed, and 65 damaged in aerial combat, plus 348 destroyed, 161 probably destroyed, and 129 damaged in ground attacks. Twenty-six Fighting 15 pilots became aces, including their squadron leader, Medal of Honor recipient, Commander David McCampbell, who became the U.S. Navy’s “Ace of Aces,” with 34 confirmed aerial victories, the all-time U.S. Navy record. McCampbell would become the only Fast Carrier Task Force (TF 38 and TF 58) pilot to receive the Medal of Honor.The fighter squadron’s partners, Bombing Squadron 15 and Torpedo Squadron 15, scored 174,300 tons of enemy shipping, including 37 cargo vessels sunk, 10 probably sunk, and 39 damaged. Among the dozens of warships destroyed by the units were Musashi, one of the world’s largest battleships, and Zuikaku, the last surviving carrier that participated in the Pearl Harbor attack. Torpedo 15 was credited with delivering the critical hits to Musashi and Zuikaku. Incredibly, every pilot of Torpedo 15 was awarded the Navy Cross, the highest award for bravery after the Medal of Honor.All of this took place between May and November, 1944. No other American combat unit in any service came close to a similar score in such a short time period. Air Group 15 participated in the two greatest naval battles in history, the Battle of the Philippine Sea—also known as the Great Marianas Turkey Shoot—and the Battle of Leyte Gulf, which saw the end of Japanese naval power. On June 19, 1944, Fighting 15 shot down 68.5 attacking Japanese aircraft, a one-day record unmatched by any other fighter squadron to this day.

Essex's CAG-15 was eventually relieved by CAG-4, which was subsequently relieved by CAG-83. CAG-83's combat record was remarkable in its own right. Between March and June 1945, CAG-83 destroyed 220 planes with 27 probably destroyed in the air, and 72 destroyed with 94 probably destroyed on the ground. In addition, the air group participated in sinking 11 warships totaling 194,000 tons, including the Yamato, one of the largest battleships ever built, and 57 non-combat ships, totaling 19,000 tons. During Operation Ten-Go, CAG-83 scored four torpedo and nine bomb hits on Yamato, two bomb hits on Yahagi, and one torpedo hit on Hamakaze. The Imperial Japanese Navy would never sortie again. 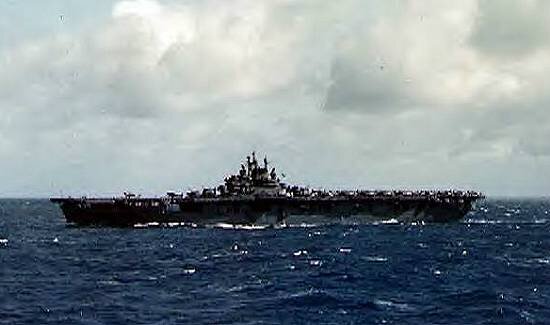 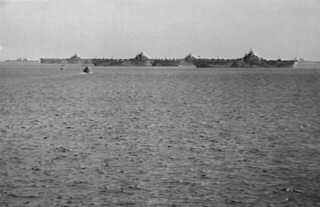 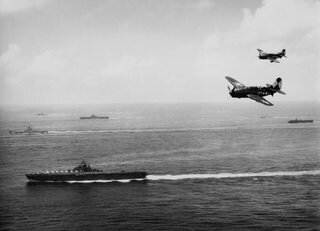 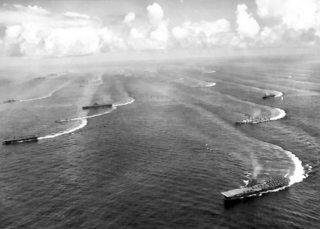 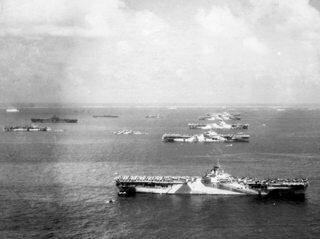 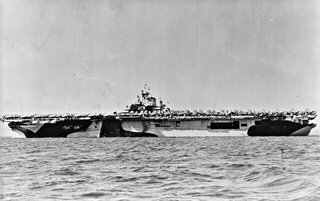 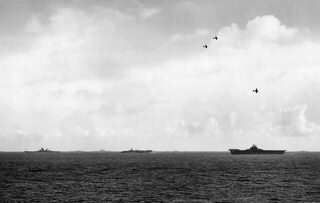 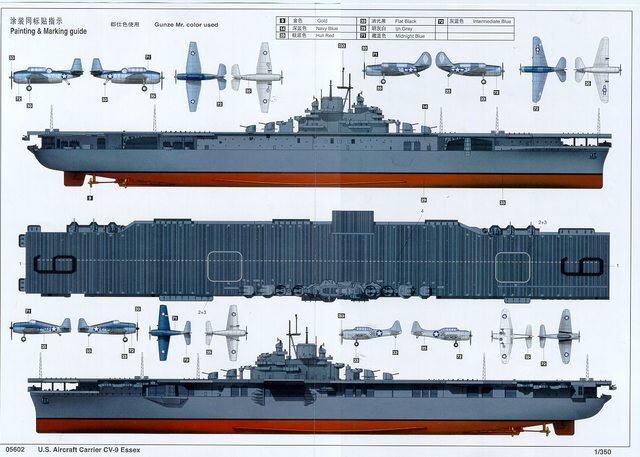 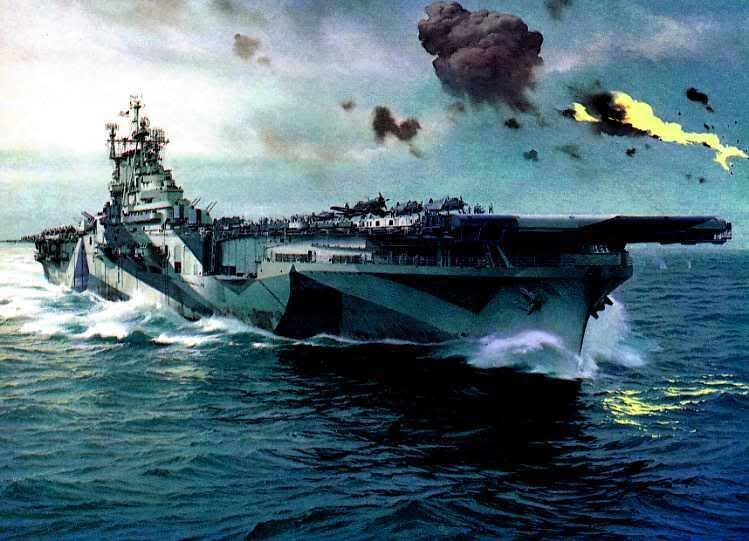